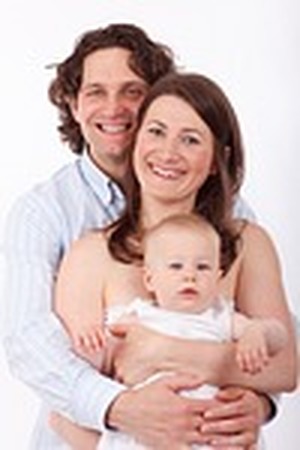 Today I am sharing the story of my young patient, who was even ready to die to fulfill her undying thirst to have a baby.(Names, places and picture have been changed to protect the real identity)

Nina had moved to the USA with her parents when she was 10 years of age.She was a brilliant student studying in a reputed school.At the age of 21 she got married to a Professor, both were healthy and happy.By the year *** 11 years had passed since the marriage, but still her dream of cuddling her own baby had not materialised.Now they started trying ART (Artificial Reproductive Techniques).In all they attempted 2 IUI and 14 IVF without any success.

The second attempt of IVF nearly cost her life.For the procedure of IVF, we need to retrieve the Oocyte (egg) from the ovaries, fertilise them with the husband’s sperm in a petridish (hence In-Vitro Fertilisation) and then transfer the embryo into the womb.To retrieve the egg, medications such as FSH, Clomiphene Citrate, etc..are given to boost the production of eggs and in very rare cases there would be a side effect of OHHS (Ovarian Hyper Stimulation).In Nina’s case it was a severe case of OHHS and protruded abdomen.Nina collapsed and was taken to the nearest hospital.She was put on a Ventilator in an Intensive Care Unit.Days passed even her parents lost all hope of her revival.After 21 days she came out of the ICU to an emotional reception of her husband Teddy and her parents.Teddy swore no more to children as he did not want to see her in this situation anymore and Nina decided to spend her life dedicated to her husband.

But as time passed by, she again started craving for a child and knowing her husband’s desire, Nina decided to try again and give a child to her husband, even at the cost of her life.

In the year *** against the doctor’s advice, Nina again started her journey through ART one after another without much side effect or for that matter any effect at all.She did successive 10 attempts unsuccessfully at various centers, fortunately without any issue of OHHS.

In *** Nina and Teddy came to India to take another attempt at IVF in Mumbai.Here again in the second attempt she showed symptoms of OHHS.Medications were given and symptoms subsided and she left back for the USA.One week later OHHS struck her seriously and this time it was worse than the first time – her lungs collapsed and she was put on the ventilator, there was multiple organ failure and she was unconscious.It almost took a month to stabilize her conditions.

After she recovered she was found to be diabetic and pregnancy was ruled out.Through all this turmoil the couple stood together as per their vows – through thick and thin, through health and wealth and through all troubles and pleasures.Nina realized that she can no longer bear a child and knowing how much her husband wanted a child, advised him to get remarried.But her husband strongly declined and opposed any such thought.

By the year *** they came to know of the option of surrogacy.They came back to India and did their research in the Delhi and the Northern states, but was not happy and returned back to the states and kept searching for opportunities world over.In the year *** there was an International conference in Washington for which I had participated and it was here that I met this couple.We discussed many things and I was invited home for dinner.It was a palatial house in a big yard with a well groomed garden and all fineries of life, the only lacking was the heir – a progeny to carry on their legacy.They felt their life was meaningless and all their work futile.It was here that the discussions began and the plan for the process of surrogacy with a donor egg and Teddy’s sperm initiated.Within a short span of time, the plan became a reality in our Hospital at Cochin.

36 weeks later there was an emotional scene when we handed over a beautiful baby girl to the loving couple who had waited for so long and had gone through so much of pain and trouble, nearly costing her life in an attempt to produce another – this was the culmination of their long cherished dream and the beginning of the true purpose of life.They just couldn’t take their eyes of the baby and the gratitude was overflowing.I myself felt so happy and felt as if I had fulfilled a part of my destiny. 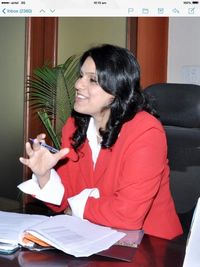