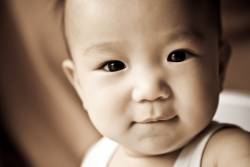 With the possibilities of a family before you and a wake of gratification behind you…the history of Surrogacy belies its true prominence.

Before we dive into the surrogacy definition and types, lets take a deeper look into Surrogacy and given our unparalleled attention to absolutely everything from the beginning.

Surrogate birth is extensively assumed to have been existent since the Babylonian times. On the other hand, the most credible records to date designate attaining legal passivity and community reactions during the middle of the 20th century.

When was Surrogacy's First Public Agreement?

Surrogacy - how does it work? Surrogacy first went public in the US during the late 1970's. In 1976, attorney Noel Keane, brokered the first-ever surrogacy agreement. The surrogacy didn’t involve a financial compensation, otherwise known as traditional surrogacy.

A team made up of Noel Keane and Dr. Ringold introduced the first surrogacy clinic — Infertility Center — making history with artificial insemination.

Who was Involved with the World's First Paid Surrogacy?

Elizabeth Kane was the alias used for the first woman who contracted to be a Surrogate Mother for a financial recompense. In 1980, Elizabeth Kane agreed to a surrogacy agreement for $10,000. Conversely, her reluctance to exit from the agreement without the baby led to many legal impediments.

Her unwillingness was eventually forced to an end by the courts and she was stricken of custody of the child due to the signed legal agreement.

What is the Terrifying Controversy of Baby M

Baby M is viewed as the most dishonorable incident in the history of surrogacy. In 1986, a surrogacy agreement was engaged amongst Mary Beth Whitehead (Surrogate Mother) and the Stern family. The child conceived from this agreement is still to this day notably referred to as ‘Baby M’.

The surrogate baby’s actual name was Melissa. Mary Beth Whitehead refused to exit the surrogacy agreement, prominently inducing a two year court battle. In spite of this unwillingness, she was endowed visitation privileges by the court of law.