Who Qualifies for Surrogacy? 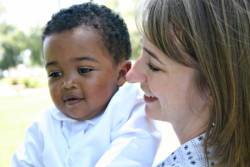 These are magnificent individuals whose only wish is to have a baby but are not capable of reaching this dream without the assistance of a Surrogate Mother.

Who Qualifies for Surrogacy Arrangements?

In some cases medical issues, such as absence of a uterus or an impaired uterus is the reason behind seeking surrogacy arrangements. A chronic health problem or exposure to chemotherapy and cancer make it impossible or unsafe for the intended mother to conceive.

Everyone’s journey at this stage might be sundry but those who qualify for Surrogacy have at some point filtered exhausting frustration due to unsuccessful IVF attempts, repeated IVF attempts for unexplained reasons, pregnancies devastated by multiple miscarriages, delicately delegated unable to carry a child upon a doctor’s order; or perhaps undergone scrutiny or lack of backing from family or friends who may not fully understand their biggest decision in your life.

It’s certainly an inconsolable process that undeniably leaves many guarded to bring the subject full circle.

Male same sex couples and single men inevitably qualify as they are physically unable to carry a child. Lesbian couples use gay surrogacy options to fulfill their greatest desire of becoming Mothers.

I want to donate my sperm

Looking for sperm donor in dubai