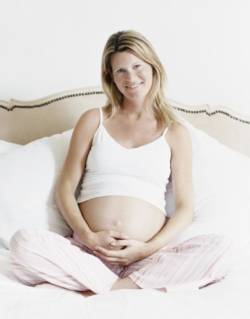 Surrogate motherhood is one of the accessible practices of Assisted Reproductive Technologies (ARTs) that has advanced in response to the heartbreaking and swelling number of individuals and couples who find themselves powerless to conceive a baby on their own dur to issues of infertility.

Who is the Surrogate Mother?

A Surrogate Mother is an extravagant, unselfish woman who is willing to carry a child resultant of In Vitro Fertilization IVF (In Vitro Fertilization) or IUI (Intrauterine Insemination) procedures and deliver a resulting baby for the Intended Parents; enabling them to complete their own family and fulfill their dreams.

Beginning in the 1980’s, all surrogate motherhood arrangements involved a husband’s sperm and Surrogate’s egg, also known as Traditional Surrogacy.

Gestational Surrogacy is introduced as the Intended Mother or a donor egg is fertilized and the resultant embryos are moved into the uterus of the Surrogate Mother. The Surrogate is denoted as the Gestational Carrier. The legal steps sanctioning parenthood with the Intended Parents are by large easier than in a traditional agreement since there is no hereditary association between the child and Surrogate Mother.

For more information, see our Guide for Surrogate Mothers.

The Joy and The Trauma of Carrying a Celebrity's Baby

Why am I on here?

©2014-2023 All rights reserved. Website designed by FindSurrogateMother.com
WARNING: FindSurrogateMother.com is a unique platform that does not interfere with the connections being made in its community. The connections are non-intrusive and made organically between members. While you are in control of your FindSurrogateMother.com experience, your safety is still very important to us. There are certain safety steps that you should always consider: 1) Protect Your Finances & Never Send Money or Financial Information 2) Protect Your Personal Information and 3) Report Suspicious Members and All Suspicious Behavior. You are always the best judge of your own safety, these guidelines are not intended to be a substitute for your own judgment.