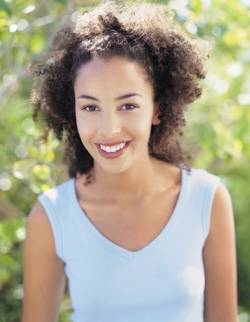 Donor egg treatment is one of the most advanced and effective forms of infertility treatment for women who have issues using their own eggs to conceive. An egg donor defines a woman who donates eggs to an individual or couple for the resolve of conceiving a child.

According to the American Society for Reproductive Medicine (ASRM), women over 40 have a less than 5 percent chance of conceiving naturally each month, compared with the 20 percent chance per month that fertile women in their 30s experience. With donor egg treatment, women have the highest pregnancy and delivery rates of any fertility treatment, while still allowing the intended mother to carry a child.

Egg donors are women between the ages of 21 and 35 who have been medically, psychologically, and genetically screened by a fertility center, egg donor agency, or non-anonymous agency to ensure the recipient has the best chance of success. The age range for egg donors limits the chance of genetic abnormalities and miscarriage, which are both greatly impacted by age. Donors are reimbursed for the time and effort it takes to donate (based on ASRM guidelines) and limited by the number of times permitted to donate

Egg donors afford eggs to women or couples stressed with infertility issues. When a woman is not producing viable eggs allowing her to become pregnant, she may turn to an egg donor. Sometimes a woman's eggs are viable, but an inheritable condition can inhibit her giving birth expending her own eggs. In this instance, the egg or eggs afforded by the egg donor are combined with sperm from the sperm donor, by means of in vitro fertilization. After the eggs are fertilized, they are moved to the surrogate mothers uterus.

An egg donor can also arrange for eggs to be used by a male individual or couple who wants to have a baby. The donor's eggs are then fertilized with the Intended Father’s sperm via in vitro fertilization and transferred into the uterus of a Surrogate Mother.

This course can support a single man or it can be used to help a same-sex male couple reach their DREAMS. After the egg donation is complete the involvement of the egg donor is complete. Typically, she doesn't retain any legalities to the child of which she donated eggs.

Egg donors are not usually identified to the couple or individual their eggs will benefit. The woman arranges an appointment with the fertility clinic to provide the egg donation. Many clinics pay egg donors a compensation fee. See our Cost of Surrogacy with Egg Donation for an idea of the financial reward. While it is legal to be paid for egg donation in several countries, including the United States, other countries only allow egg donors the option of egg sharing, or free donation.

In most circumstances, egg donors are nameless to those they are helping. The egg recipient will never know the name or any important identifying details about the egg donor. This does not include information concerning the donor's blood type or health status.

There are donors programs that permit the egg donor to be recognized to donation recipients, acknowledged as part of the donation process, or cultivate a relationship. Within this circumstance the egg donor can have contact with the child at a certain age.

To all parents haven't child