Can I use my friend’s surrogacy agreement?

Clients ask all the time: can I use my friend’s surrogacy agreement?

The answer is, and always will be, NO.It can be difficult for people without a legal background to understand why borrowing a contract and simply inserting the applicable names is not acceptable.The primary reason why you should not borrow your friend’s contract is because surrogacy agreements are highly customized documents.Your friend likely met with a lawyer for a 1-2 hour initial consultation, followed by phone and email correspondence, and revisions to the first draft agreement.All of the time that went into the agreement was spent customizing it for your friend’s particular circumstances.

Let’s look at 3 examples that highlight some of the problems with using someone else’s surrogacy agreement:

1.Selective Reduction and Termination of the Pregnancy

Selective reduction is a medical procedure to reduce the number of embryos.For example, if 2 embryos are implanted into a surrogate and they are both thriving, intended parents may wish to have the surrogate undergo selective reduction so that they do not have twins.Similarly, intended parents may want to terminate the pregnancy if genetic testing reveals a significant risk of the child having a serious genetic disorder.It is incredibly important that surrogacy agreements accurately reflect the wishes of both the intended parents and the surrogate as they pertain to selective reduction and termination.Imagine how tragic it would be if the intended parents make the painful decision to terminate the pregnancy, only to find out that the pregnant surrogate is opposed to abortion.These difficult questions can be highly personal and signing someone else’s agreement may result in the parties making commitments that they do not intend to keep.

Some intended parents and surrogates are immediate family or the best of friends.Others are complete strangers.Of the latter, some will have ongoing relationships and others will never see each other again after the birth.The relationship between the intended parents and the surrogate following the birth of the child is very personal.By signing someone else’s agreement, you may be committing to a long-term relationship with someone whom you never intend to see again.Part of the value of the agreement is to facilitate conversations about the relationship before, during and after the pregnancy.Failing to customize one for yourself deprives you of these very important conversations.

As well, under Canada's Assisted Human Reproduction Act the regulations regarding expenses have not yet been released.It is unclear which reimbursements are legally acceptable, and which are not.It is possible that what appears to be a generous reimbursement could be considered payment (which is against the law and could result in significant penalties).Intended parents have different comfort zones with respect to which reimbursements they wish to make.Some intended parents try to stretch the limits of what is a reasonable reimbursement, while others prefer to err on the side of caution and ensure there is no possibility that their reimbursements could be perceived as payment.Using another person’s agreement could result in signing a legal document that is outside of your financial means or personal comfort zone.

As you can see, using someone else’s agreement may result in you signing an agreement that does not accurately reflect your intentions, and you will likely miss out on having certain valuable discussions with your surrogate (or the intended parents, as applicable).In the worst case scenario you could inadvertently violate the law and face financial penalties or imprisonment, or fail to obtain the court order needed to declare the intended parents as the legal parents of the child.

When it comes to surrogacy arrangements, there is no substitute for having your own agreement.The risks are too great to take shortcuts. 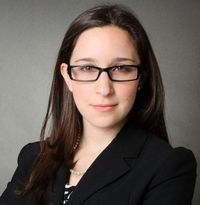 Looking for couples in need of sperm. Willing to work with anyone

Sperm Donation
Jun 25th, 2020
©2014-2020 All rights reserved. Website designed by FindSurrogateMother.com
WARNING: FindSurrogateMother.com is a unique platform that does not interfere with the connections being made in its community. The connections are non-intrusive and made organically between members. While you are in control of your FindSurrogateMother.com experience, your safety is still very important to us. There are certain safety steps that you should always consider: 1) Protect Your Finances & Never Send Money or Financial Information 2) Protect Your Personal Information and 3) Report Suspicious Members and All Suspicious Behavior. You are always the best judge of your own safety, these guidelines are not intended to be a substitute for your own judgment.