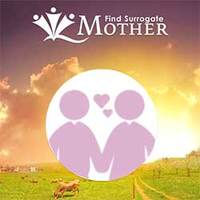 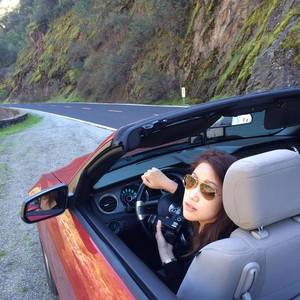 Anthony, Sperm Donor
Commented on August 29th, 2019 11:18PM [EDT]
Sperm donor
Hi, I am Chinese with PhD qualifications, and am working as an Associate Professor at prestigious university.

Елена, Surrogate Mother
Commented on June 20th, 2019 03:56PM [EDT]
The surrogate mother ,
Surrogate mother. .Ready to start the program. I bear the child with love and care.Write to me

IFS Agency, Surrogacy Agency
Commented on May 14th, 2019 01:41AM [EDT]
Surrogates and Egg Donors
Dear Intended Parents! IFS fertility agency offers future parents surrogacy, egg donation and IVF services in Kazakhstan. The Kazakhstan legal framework for assisted reproduction services is one of the most progressive worldwide.The surrogate has no right to keep the child and only biological parents are listed on the birth certificate as legal parents. Many advanced IVF clinics are located in Kazakhstan.We choose the best clinics with high success rates (more than 70 %). We have our database of healthy, verified surrogates and donors. All surrogates and donors undergo a thorough screening according to a set of special developed procedures.We check physical, emotional health, life history, absence of bad habits and many other factors. We have established a special school to train surrogates before all phases of surrogacy process, including IVF, pregnancy and childbirth.We also have a special department of doulas and a certified psychologist who assist surrogates throughout the program. Our programs include a full range of services, ranging from meeting at Almaty airport, selection of a surrogate, a donor and an IVF clinic to the birth of the baby and paperwork. Our prices are highly competitive.They are lower compared to similar programs in Ukraine, Georgia, the Czech Republic, and considerably lower than in the US, Canada and other countries. Contact us in the manner most convenient to you and we will send you a detailed guide for international intended parents with programs and pricing. Our contacts: Tel./ WhatsApp / Viber / Wichat / Telegram: +7 *** *** 46 22
Find
Recent Members

Looking for couples in need of sperm. Willing to work with anyone

Sperm Donation
Jun 25th, 2020
©2014-2020 All rights reserved. Website designed by FindSurrogateMother.com
WARNING: FindSurrogateMother.com is a unique platform that does not interfere with the connections being made in its community. The connections are non-intrusive and made organically between members. While you are in control of your FindSurrogateMother.com experience, your safety is still very important to us. There are certain safety steps that you should always consider: 1) Protect Your Finances & Never Send Money or Financial Information 2) Protect Your Personal Information and 3) Report Suspicious Members and All Suspicious Behavior. You are always the best judge of your own safety, these guidelines are not intended to be a substitute for your own judgment.