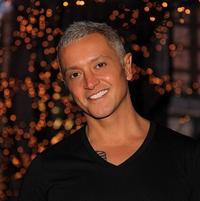 I have always dreamt of having a child. I'm now financially comfortable and completely ready to provide an amazing life to a child.

Hello.I am an intended parent with Grade A embryos, a clinic and contract ready to go, looking for a surrogate in any state. I am a 42 years old single man living in Nevada.I am a successful businessman, educated, established and conservative.I have always dreamt of having a family with children.I was in a 5 year relationship which ended 2 years ago due to differences.I never imagined that I would have a child alone until I met my friend and his 4 year old son.He adopted his friend's son and had been a single father for 3 years.I started spending time with them and babysat his son.After a year, I fell in love with his child’s sweet nature and impressive intelligence.The father’s strength and success as a single father gave me the courage and strength to consider having a child alone.I feel that I have a lot of love and support to give to a child and would like to do so while I am younger and have energy.Although I’m hoping to get married again, I don’t want to rush into a relationship just to have a child.After a lot of soul searching, meditation and advise from my 4 yr old buddy, I decided to have a child by myself.Initially I wanted to adopt a child.But, every single agency that I approached basically told me that they would not be able to place a child with a single father.The process was very frustrating and disheartening to stay the least.I couldn't believe that with all the children in need of families, I wouldn't be able to adopt one.Everyone told me that people "are just not ready to accept single men as being parents".So, the millions of single fathers in the US are not qualified to parent their children? It all was incomprehensible and devastating to me.Since adoption was out of the question, I started researching surrogacy via in-vitro fertilization.This is a process in which I utilize an egg donor's eggs to create the embryos.Then a surrogate mother would be fertilized by the embryo.I also wanted to do a PGD procedure.During this procedure the doctors will be able to select the baby's gender (99% success rate) and they can test for 10-20 genetic diseases. My research showed that the cost for this process would be *** in US, 40k in India, 50k in Mexico and 60k in Thailand.Wow! Holy expensive child? The international options required the child to be created/born in a foreign country, then I would have to get the child a passport and then I would have to make the child a US Citizen and finally I would need to get on a 22 hr flight with a new born and come home... In order to minimize risks I decided to make the US option work by cutting out the surrogacy agency.After months of research I was able to set everything up.Initially surrogacy was illegal in the state of Nevada.But an attorney who lobbied the cause, wrote a bill, had it passed by the Nevada legislature and made it legal on October 1, *** is now my attorney and will be writing my surrogacy agreement. Then I read a book about surrogacy written by a father.I contacted him and asked him for a referral to the best IVF clinic in the US.Guess where his referred clinic was? In Las Vegas, 1 mile from my house! So, I'm using this clinic. Then I selected my beautiful egg donor.She has blue eyes, brown hair and comes from a very healthy family background.This week she passed her tests and she will begin her medication next week.I should have the embryos created and ready by the end of March.Now, all I need is to find a great surrogate.

There are so many children in the word that need good homes.I spent 2 years trying to adopt a child.But, the US adoption system is ridiculously rigourous.I finally decided to have my own child via surrogacy.I'm very flexible, nice and professional.I hope to develop a life long friendship with the surrogate (or not if that is the surrogate's preference.) I look forward to hearing from you soon.

Leslie, Surrogate Mother
Commented on April 22nd, 2017 12:44AM [EDT]
He!lo
My name is Leslie I'm 29 years old and I'm a gestational surrogate and I would love to help I live in davenport Iowa npkease contact me if interested

Brittany, Surrogate Mother
Commented on June 11th, 2015 01:31PM [EDT]
surrogate mother brittany
Hello my name is Brittany and I am very interested in helping you on his journey if you are still in need of a surrogate.Your story is very moving and id love to be a part of it.Please contact me

Tracie, Surrogate Mother
Commented on April 17th, 2015 10:30PM [EDT]
Introduction
Hi Steven, First off, let me say that I am as floored as you are/were with the adoption process (or lack there of) with single fathers, I know quite a few gentlemen who are great at being single fathers, and truly put their heart and souls into their children.I am trying out to be a first time surrogate, and still pretty new at this, but I figured I would reach out and say hi! Also, good luck on your journey, you'll make a great father! -Tracie

Elizabeth, Surrogate Mother
Commented on November 18th, 2014 08:50PM [EDT]
Interested
I am s mother of 4 and a 2x gestational surrogate.I am considering in doing 1 more surrogacy and would be interested in talking to you.
Find
Recent Members